Before COVID-19 invaded and ravaged the world from 2019 – 2022, the Creative Foundation celebrated its 20th anniversary on September 18, 2019 with a Gala at the Holiday Inn, South of Winnipeg. Anna Blackmore, a celebrated Jazz Saxophone Performer, a graduate of the University of Manitoba entertained the distinguished guests for the evening. The Special Guest of Honour for the evening was, the Honourable Janice C. Filmon, Lt. Governor of Manitoba. Among the Guests of Honour for the day were, Hon. Gary Filmon, Hon. Jon Gerrard, Hon. Markus Chambers and Artificial Intelligent expert Tanmay Bakshi. Tanmay Bakshi and Dr. Tito Daodu were awarded Life Mentor Award of the Creative Foundation. The posthumous award went to Late Sculptor Leo Mol.

Anna Blackmore is a Graduate of Jazz Saxophone Performance at the University of Manitoba. Her main instrument is the baritone saxophone, which she has been playing for seven years, and she also plays bass clarinet, clarinet, flute, and alto saxophone. Anna started playing clarinet in middle school, and later switched to bass clarinet for concert band and baritone saxophone for jazz band in high school. When she was fifteen, she began attending the University of Manitoba Summer Jazz camp for high school students where she met her current professors and discovered her love for jazz. She attended the camp for three consecutive years before auditioning for the University of Manitoba jazz program where she became the only female saxophonist in her year. Anna is highly influenced by famous jazz musicians of the West Coast cool jazz era, the bebop era, and the hard bop era. The music of Gerry Mulligan, Charles Mingus and Duke Ellington inspire her compositions and the stylistic way that she plays. As well as being a part of the University of Manitoba Jazz Orchestra, Anna leads her own trio for corporate functions, teaches private lessons, plays locally and tours nationally with local funk/rock fusion group Apollo Suns. After graduating university, Anna hopes to one day lead a jazz quintet and tour around the world. She also plans to audition for the prestigious Thelonious Monk saxophone competition, produce an album, and play in famous jazz venues internationally. When she is not working on her music she enjoys reading and watching classic movies. 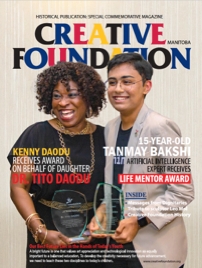 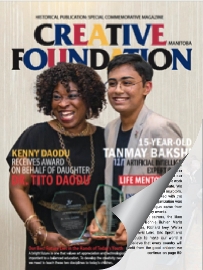 Request for a hardcopy of 80-page in full color